WHERE DOES THE TIME GO?

more laps ran than the students at Chief Joseph 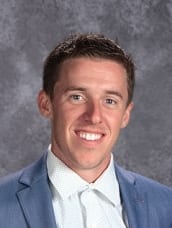 Teaching HE at Monforton is a dream come true. I love being in the school and encouraging people to live an active and healthy lifestyle. Originally from Montana, my family moved to Alaska when I was young. I graduated high school in Seward, Alaska, and then attended the University of Great Falls from 2009-2015 (with a gap year). I competed in cross-country but mostly track and became the programs first All-American (X4). I still try to run every once in a while but like Toby Keith says, “I ain’t as good as I once was.”